TrustAir Aviation’s management has several years of professional experience in providing air ambulance services. Within our company, we have unique competencies and experience gained in different fields whether it be system development, property investments, start-ups or international medical mission on air ambulance aircraft.

It took us only about a year to set our goals, write a concept, register our enterprise and send the first helicopter in the air.

During the 5-year period of setting up the air rescue system new facilities were opened, new bases were built, the accessibility improved, and the opportunities for rescue became more equal. We also created the most modern helicopter fleet in Hungary, and we organized a wide range of training programs: simulator training for pilots, practical training for the mechanics, and professional conferences for medical workers, just to mention a few.

We introduced an SMS (Safety Management System) and a new regulation system, and we also started flight coordination and flight tracking service. We had more than 11.000 rescue missions, 6.000 flight hours, and 36.000 takeoffs and landings.

Our flight paramedics and doctors have spent months in Kosovo for years, where they worked in EULEX’s helicopter mission. During the mission our CEO was responsible for the implementation, operation and organisation of the project, our colleagues having been trained and performed air rescue and international air ambulance missions in a multilingual environment.

After having performed several international helicopter missions, our medcrew carried out international repatriation tasks on board our partner’s (FAI AG) aircraft fleet. By the time we entered the market with our own aircraft, TrustAir Aviation had already performed almost 500 missions. These cases included patients repatriated from popular tourist destinations as well as injured evacuated from crisis areas. 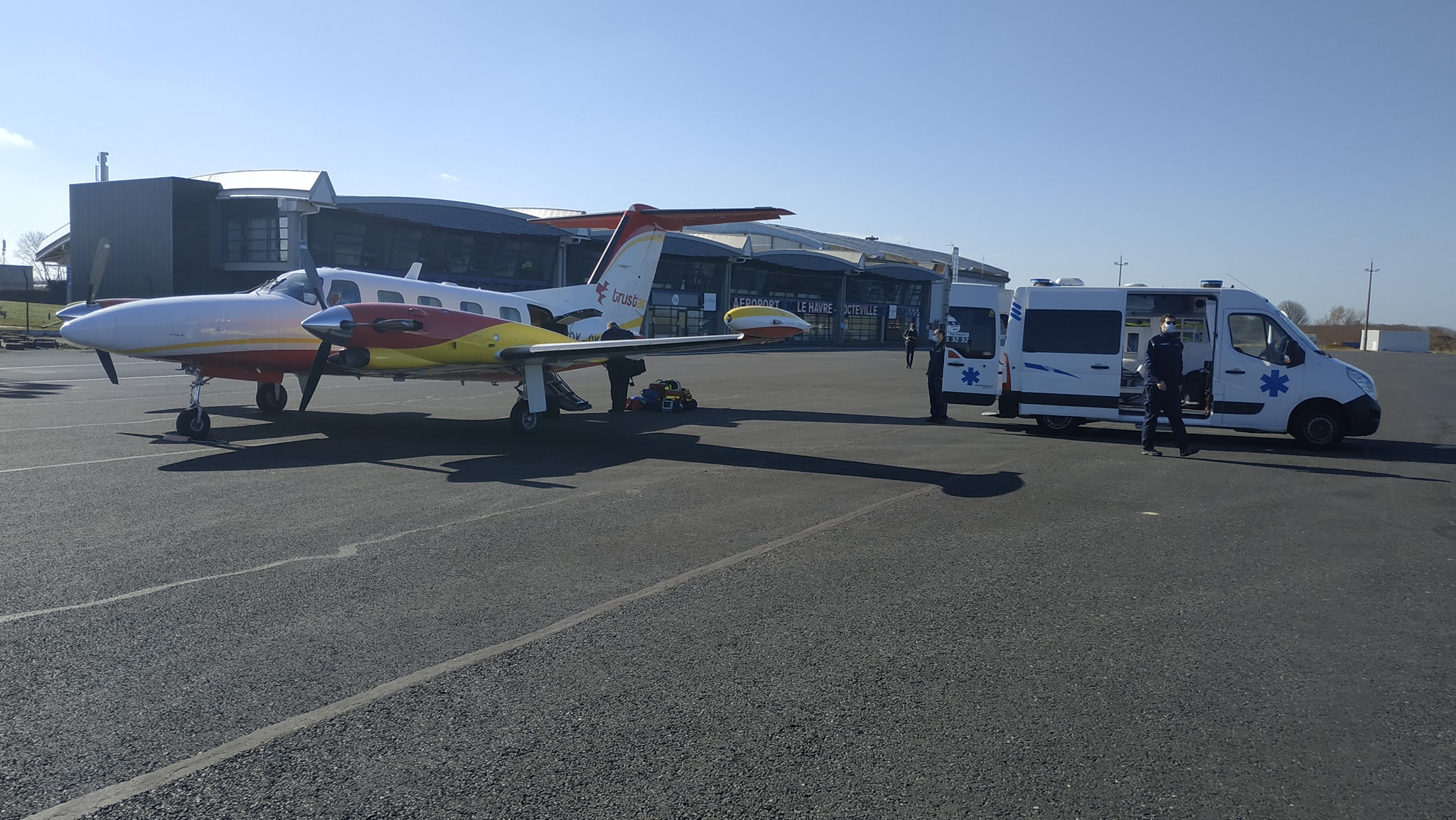 Our medical transport activity by a special ambulance aircraft or by a commercial flight covers the following cases:

Depending on the status of the patient and the probable complications during the transport, we provide different specialist or specialists as an escort:

On the special ambulance aircraft, both a specialist physician and a paramedic are escorting the patients, who require intensive care in most cases.

During its operation TrustAir Group has been cooperated with the following companies and organizations, providing them with healthcare services, as well as consulting and/or project management activities.

We may request cookies to be set on your device. We use cookies to let us know when you visit our websites, how you interact with us, to enrich your user experience, and to customize your relationship with our website.

Click on the different category headings to find out more. You can also change some of your preferences. Note that blocking some types of cookies may impact your experience on our websites and the services we are able to offer.

These cookies are strictly necessary to provide you with services available through our website and to use some of its features.

Because these cookies are strictly necessary to deliver the website, refuseing them will have impact how our site functions. You always can block or delete cookies by changing your browser settings and force blocking all cookies on this website. But this will always prompt you to accept/refuse cookies when revisiting our site.

We fully respect if you want to refuse cookies but to avoid asking you again and again kindly allow us to store a cookie for that. You are free to opt out any time or opt in for other cookies to get a better experience. If you refuse cookies we will remove all set cookies in our domain.

We provide you with a list of stored cookies on your computer in our domain so you can check what we stored. Due to security reasons we are not able to show or modify cookies from other domains. You can check these in your browser security settings.

We also use different external services like Google Webfonts, Google Maps, and external Video providers. Since these providers may collect personal data like your IP address we allow you to block them here. Please be aware that this might heavily reduce the functionality and appearance of our site. Changes will take effect once you reload the page.